Following on the heels of a 2016 settlement with the SEC for “willful” violations of the Investment Advisers Act for overcharging clients, FSC Securities recently received a fine from the Financial Industry Regulatory Authority (FINRA) for its role in what was apparently a Ponzi scheme.

How did FSC help a Ponzi scheme grow?

According to FSC’s settlement with FINRA, the alleged Ponzi scheme involved the FSC office in McDonough, Georgia, although FSC has offices throughout Georgia, California, and other states.

A former financial advisor at FSC, Aubrey Price, left the firm to set up his own investment fund, called the PFG Fund. Mr. Price is now serving a thirty-year sentence in federal prison for securities fraud and wire fraud.

After Mr. Price left FSC, he managed to convince FSC financial advisors to sell the PFG Fund to their FSC clients, even though FSC had not approved it. These advisors successfully sold around $1.6 million of the PFG fund to fifteen FSC clients.

In order to buy into the PFG Fund, these FSC investors had to wire their money out of FSC and into the PFG Fund’s bank account. A firm with appropriate compliance and supervisory procedures should have noticed all of these transfers from unrelated investors at one branch office to one bank account, FINRA argued: “FSC failed to establish, maintain and enforce a supervisory system that was reasonably designed to review and monitor third party check requests.”

If FSC had managed to catch this suspicious behavior, its clients might have avoided investing in Aubrey Price’s investment scam. This supervisory failure cost FSC a $200,000 fine, and caused its investors to lose $1.6 million.

FSC has also been in hot water recently for overcharging its investors millions of dollars.

While FSC’s role in Aubrey Price’s investment scam was relatively small—resulting in a $200,000 fine—FSC and its affiliates paid around $9.5 million in fines in 2016 related to overcharging its clients.

FSC’s excessive charges arose from mishandling advisory accounts, which are accounts where investors pay a “wrap fee,” usually a percentage of assets under management, rather than paying commissions on each trade. This is a significant trend in the investment industry. More and more investment firms are moving to wrap fee accounts. Significantly, in these accounts, advisors generally owe their clients fiduciary duties, meaning that they must put their clients’ interests first.

While most investors would assume that all financial advisors do this, brokerage firms generally operate under the lower “suitability” standard, which means they can sell their clients high commission products so long as they are “suitable” for the investor.

As more and more investment firms shift to wrap fees, mutual fund companies have begun to offer mutual fund shares that charge low commissions for these accounts. Called Class I shares, these shares charge lower fees because they are not paying financial advisors commissions, because the advisors are charging a wrap fee.

Financial advisors aren’t supposed to double-dip. They should not be charging steep commissions and charging a wrap fee, but this is exactly what FSC did.

According to the SEC, FSC invested advisory (wrap fee) clients into mutual funds that charged 12b-1 sales fees, when shares were available to wrap fee customers which did not charge this fee. In total, these charges costs investors at FSC and its affiliates a whopping $2 million, and most investors had no way of knowing they were being overcharged, because FSC failed to disclose this serious conflict of interest.

What’s more, wrap fee accounts only make sense for investors who do at least some trading. Otherwise, it might actually be cheaper for investors to be in commission-based accounts. FSC’s compliance procedures stated that it would periodically monitor accounts to ensure that they should be charged wrap fees, but failed to do so.

These are hardly the only brushes FSC has had with FINRA and the SEC. Its BrokerCheck Report, which is available through FINRA, currently has fifty different disclosures. 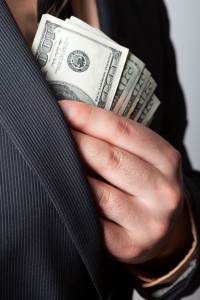