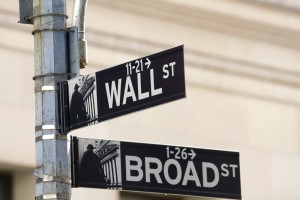 According to a recent SEC order, Edward Jones has been overcharging for municipal bonds, pocketing an extra $4.5 million as a result of its willful securities law violations.

Municipalities hire a brokerage firm (or firms) called “underwriters” to facilitate municipal bond offerings. For a municipality, selling their bonds directly to thousands of retail investors is too complicated. Instead, they sell big blocks of bonds to underwriters, like Edward Jones, who then sell those bonds to individual investors. The municipality pays underwriters a fee for this service.

Apparently, Edward Jones was dissatisfied with the fees underwriters receive from bond issuers, because it found another (illegal) way to squeeze money out of these transactions.

According to the Securities and Exchange Commission, this behavior was a “willful violation” of several securities laws. The SEC censured Edward Jones, and has ordered Edward Jones to disgorge its improper profits. On top of the $4.5 million that Edward Jones needs to return to investors, it will pay a fine of $15 million.

If you have questions about Edward Jones or losses in municipal bonds, Investor Defense Law LLP may be able to help.