Pennsylvania Investment Advisers Defraud Hundreds of Investors of Over $50 Million 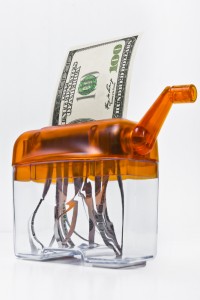 A father-son investment team in Pennsylvania recently settled a lawsuit filed by the Securities and Exchange Commission (SEC) in federal court. According to the complaint, Kevin C. Brown and George P. Brown engaged in three interlocking Ponzi-like investment schemes and engaged in securities fraud.

Before and during the investment fraud laid out in the federal complaint, the Browns operated two investment advisory firms, Rampart Capital Management and Brown Investment Advisors. To clients of these investment firms and other investors, the Browns offered three investments that appear to have been fraudulent.

The Browns claimed that this money would be used to grow their business by funding offices in new cities and acquisitions of smaller investment advisory firms. Instead, the money appears to have been used to make Ponzi-like payments to investors, to buy into speculative, high risk investments, and as the Browns’ personal piggy bank.

Second, the Browns offered promissory notes issued by the Rampart Fund LP, another entity they controlled. They received approximately $8 million from over 100 investors in multiple states. The Browns then invested these funds in a company that supposedly provided mezzanine funding to contractors, but apparently the CEO of that company—which promised completely unrealistic annual returns of 18%–embezzled the money the Browns invested and disappeared.

Rather than disclose to investors that they had made a foolish investment (and probably failed to do proper due diligence), the Browns continued to make payments with contributions from new investors, turning what might have been a simply bad investment into a Ponzi scheme.

Not content to take ordinary investor funds, the Browns created a charitable organization, the Trust Counselor’s network, which took funds that were supposed to benefit charities, and promised to invest the funds in a diversified portfolio to support payments to the charities under “guaranteed” charitable gift annuities.

Instead, the Browns invested this money into one company that went bust, and they handled this debacle the same way they handled the Rampart Fund Notes losses—by sweeping them under the rug and using new investor money to make payments to old investors.

The SEC and the Browns have agreed to appointment of a receiver to preserve whatever assets remain for investors.

If you think your investments have suffered losses due to investment fraud or financial advisor malpractice, the investor attorneys at Investor Defense Law LLP may be able to help, and offer free initial consultations.