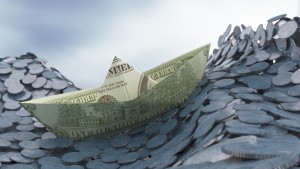 Unfortunately, commissions are just about the only thing that is simple about variable annuities.

The one reason why variable annuities are almost always a bad idea is that they are too complicated for ordinary investors (and normal people in general) to understand. Seriously, have you ever tried to read a variable annuity policy? Here is just one example from an actual policy. Try to stay awake through this, because there is a lot more you urgently need to know about variable annuities:

On the first Policy Anniversary the Interest Credit under Option D equals (a) x (b) x (c) where:

Doesn’t that make you want to read more about options A-C? By the way, even if you read this section closely—and you were a genius—you still wouldn’t know what it means. Did you notice all of the capitalized terms? For example, to know what the “Annual Index Change Rate” is, you would have to look it up in the variable annuity’s list of defined terms.

Right now, you might be thinking that you would really like to sell your variable annuity. Here’s the catch: you probably can’t get out of your variable annuity without paying hefty surrender charges, which can be as high as 15%, and last as long as twelve years after your initial investment.

Most investors holding a variable annuity have two, unappealing options. First, they can stay in their variable annuity and get dismal investment returns for the foreseeable future. Second, they can pay thousands of dollars to withdraw their money and invest elsewhere. Either option is painful.

Investor Defense Law LLP is a law firm that gives investors a third option. If you have been bamboozled in buying a variable annuity that isn’t working out for you, we will review your policy and listen to your story. If we believe you have a claim against the insurance company that sold you your variable annuity, we will go to bat for you to get your insurance company to waive your surrender charges and provide whatever other relief is appropriate.

To contact an annuity lawyer at Investor Defense Law LLP, give us a call at 800.487.4660, or visit us online at investordefenselaw.com.