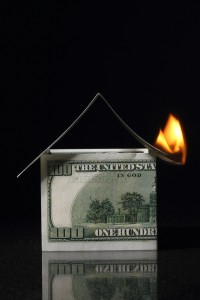 Last year, the U.S. Securities & Exchange Commission filed a lawsuit against James Torchia and Credit Nation Capital, alleging that Credit Nation Capital looked like a Ponzi scheme and that its investment offerings were fraudulent. The SEC asked Judge Duffy to appoint a receiver over Credit Nation Capital. A receiver is a neutral third party whose job is to take over a failing business, liquidate its assets, and distribute the proceeds to creditors and investors. (For more background on the SEC’s case, click here, here, and here.)

Judge Duffy presided over a two-day hearing on January 8-9 where the SEC and Credit Nation submitted testimony and evidence. The Court took a long time to rule on the SEC’s motion, but its opinion is a doozy, over 87 pages of detailed analysis of the inner workings of Credit Nation.

The SEC and Credit Nation clashed over the state of Credit Nation’s finances. The SEC argued that Credit Nation was running on fumes, using new investor money to pay old investors with Ponzi-like payments and lacking sufficient revenue to stay afloat. Credit Nation argued they had a strong balance sheet.

And the gap between Credit Nation’s assets and liabilities was massive. As Judge Duffy explained:

Credit Nation’s Books are a Mess.

·         There are a bunch of poorly documented loans between Credit Nation Capital and its corporate affiliates, including Torchia’s now defunct auto dealership.

·         Credit Nation did not have trained accountants to handle its bookkeeping, which is unusual for a company as large as Credit Nation.

Investors are Probably Going to Lose Most of their Money.

According to Judge Duffy’s opinion, Credit Nation has reported losses every year since at least 2011. Without taking in new money from investors—which it can only get through fraudulently deceptive advertising—Credit Nation cannot survive. Its liabilities are more than triple the value of its assets.

While a receiver has been appointed to wind down Credit Nation in an orderly way, and there may be millions of dollars of assets to sell, the amount owed to individual investors, both promissory note holders and life settlement holders, is so high that investors could easily lose 75% of their investment or more.

Additionally, without enough cash on hand to pay life insurance premiums, the receiver might be on a tight deadline to sell these policies because, if premiums are unpaid, these policies will lapse and become worthless.

Investor Defense Law LLP may be able to help investors.

Investor Defense Law is a law firm that focuses its practice exclusively on representing investors. We help investors by: 1) making sure they get their fair share of receivership proceeds; 2) suing financial advisors who recommended Credit Nation; and 3) in select cases, defending investors in clawback litigation.

Financial advisors who recommended Credit Nation probably did not due their due diligence, in part because Credit Nation Capital was not even properly licensed to handle life settlements under Georgia law. (For an excellent article on this from the Atlanta Journal-Constitution, click here.)

To learn more, contact the investment fraud lawyers at Investor Defense Law for a free consultation by calling 800.487.4660, or by emailing Managing Partner Jeremy Hyndman directly at jeremy@jhyndman.com. We will also provide you with a free copy of Judge Duffy’s order