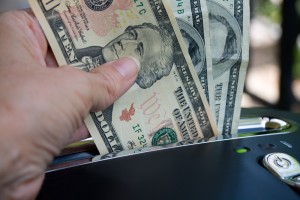 Private securities are investments offered to a small number of select investors rather than the public at large. Private placements are not registered with the Securities and Exchange Commission (SEC) and are often the key source of capital for smaller businesses. Companies that issue private placement securities are not required to file financial reports, and their financial statements are not audited as closely as publicly traded companies. Consequently, investors are often unable to see how a company is performing, creating a riskier investment environment. Ultimately, investing in private placements is risky business, especially when the firm selling you the investment withholds or misstates important information, as Key West did.

Private Placements generally offer larger commissions so it remains easy to understand why brokers are so incentivized to sell them. Therefore, when Key West began offering and selling membership interests in GEM 0101 Investments, LLC (GEM 0101), a fund used to purchase and redevelop undervalued commercial real estate, to private investors, the high monetary rewards may have induced the firm to ignore rules that protect investors.

Unfortunately for investors, Key West did not comply with an important part of the prospectus used to sell interests in GEM 0101. Key West’s offering of GEM 0101 was contingent on raising at least $3 million in investments and was to be terminated no later than November 30, 2011. If this figure was not raised in the given time frame, all funds were to be refunded to the individual investors. Only $500,000 was raised by four investors by the end of November 2011 and rather than return the deposits to investors, Key West released the funds to the issuer of GEM 0101 and continued selling the membership interests until October 2012.

So, why should you care? Key West’s actions were in breach of the original guidelines for selling GEM 0101 interests, and if private placements weren’t risky enough, because the original four investors did not get their deposits refunded before the November 30, 2011 deadline, they operated under the assumption that the $3 million was raised. In other words, the investors probably believed that overhead expenses could be apportioned among $3 million in investments. Paying fixed costs with an investment that was only one sixth the size of the minimum offering would likely reduce investors’ rate of return, while increasing the riskiness of the investment.

Further, when advertising GEM 0101 interests, Key West made overly optimistic, unfounded claims about how much money investors would make. The developer of the project has been involved in commercial real estate for nearly 30 years and the financial records offered only showcase three previous developments that yielded between 100 percent to almost 300 percent returns. As the Financial Industry Regulatory Authority noted in its settlement with Key West, the developer must have developed projects with much lower returns in the past, and Key West blatantly refused to bring those to light in order to push investors to take a risk on this investment.

Ultimately, Key West has agreed to pay a $22,500 fine for willfully violating securities laws through its deliberate mishandling of investor funds and advertising violations.

If you believe that you have suffered losses due to the misrepresentations or mismanagement of a brokerage firm, contact the attorneys at Investor Defense Law LLP at no charge and find out whether you have a claim.