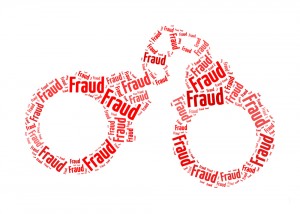 The Securities & Exchange Commission has filed charges against Lee Weiss for what is, frankly, an impressive series of investment schemes and scams for a licensed investment advisor.

First, some background. Lee Weiss is (or was) a registered representative through MIP Global, a broker-dealer based in Puerto Rico, although he actually lived and worked in Massachusetts. He also led an investment advisor called Family Endowment Partners, or FEP.

According to the SEC, Mr. Weiss concocted and committed multiple schemes to defraud investors. His “serial misconduct illegitimately enriched Weiss by providing him with undisclosed compensation and an improper means to sustain his otherwise failing businesses.”

First, Weiss facilitated his fraud in part by running money from clients of FEP, through an unmonitored investment fund.

Investment advisors are allowed to have their own investment funds—although I think this is rarely a good idea—but those funds must either be subject to surprise inspections or, more commonly, be audited by a PCAOB approved, independent auditor. Here, neither of these controls were used to ensure that the fund was safe. We at Investor Defense Law see this a lot in investment advisor fraud cases, so let me be clear: If you have money in a fund that is controlled by your investment advisor and you are not receiving annual, audited financial statements for that fund, you should be very worried.

While this violation was procedural, it allowed other types of fraud to go undetected. Weiss committed four very serious, substantive types of fraud.

First, according to the SEC, Weiss funneled millions of investor dollars into a French company that had technology that supposedly could make smoking safer. However, Weiss conveniently failed to tell investors that he had an ownership stake in this company’s parent company, and that the parent company paid Weiss over $600,000 for bringing in these investment dollars.

Second, also according to the SEC, Weiss funneled millions more of his investors’ dollars into a loan servicer holding a portfolio that was supposed to generate returns of 18%. However, Weiss set up a dummy “insurance” company—which provided no actual insurance—and took half of the investors’ returns. Once again, Weiss effectively took money out of his clients’ pockets.

Third, the SEC alleged that Weiss took money from FEP Fund I, LP and used it to pay the expenses of his investment advisory firm, another form of what the SEC calls securities fraud and ordinary investors would simply call theft.

Finally, according to a recent arbitration award, Mr. Weiss also funneled investor money into a Polish state tobacco distribution company while failing to disclose that it was, according to one expert in the arbitration, “technically insolvent.” Again, Mr. Weiss had undisclosed ownership stakes that apparently prompted him to funnel investor funds into this enterprise to prop up his own investment.

If the SEC’s allegations are true, Mr. Weiss is a breathtaking example of the damage a smart financial advisor can do when he puts his own interests ahead of his clients. Because of the trust investors place in their investment advisor, advisors have fiduciary duties of care and loyalty they owe to their investors. Mr. Weiss is not alone in his ability to breach these duties and leave a trail of financial destruction in his wake.

If you have been blindsided by losses with your investment advisor, the investment fraud attorneys at Investor Defense Law LLP may be able to help you recover your losses.