OneAmerica Is Fined $75,000 For Not Stopping Financial Advisor From Ripping Off Investors 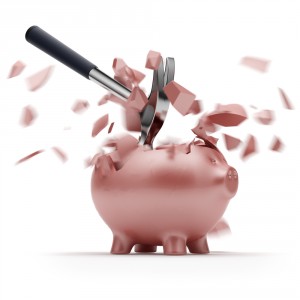 OneAmerica Securities, Inc. (“OneAmerica”), located in Indianapolis, Indiana, has been fined $75,000 for failing to detect unauthorized transfers of funds as well as unsuitable recommendations made to investors by a financial advisor. Matthew Davis (“Davis”), the financial advisor, has been barred from working in the securities industry as a result of his extreme misconduct.

When a married couple opened an account with OneAmerica, Davis was assigned to manage it. The couple only had two years of investment experience, which was limited to stocks, bonds, and mutual funds. However, Davis recommended they sign an option agreement. An option agreement verifies that the investor has a level of experience that will allow him to understand the risks involved with trading options. Despite the limited knowledge of the couple, the financial advisor recommended signing an option agreement.

After the option agreement was signed, Davis began making option transactions in the account. After rapidly trading for a few months, Davis brought the account balance from $259,000 down to $110,762. The investors complained to the firm stating they had no idea why they had suffered that much loss. This should have raised multiple red flags and caused the firm to investigate, however, the firm did not.

By making several trades in the account over a short period of time, Davis has engaged in churning. Churning occurs when a financial advisor excessively trades in an investor’s account to earn commissions. Each time a trade is made, the financial advisor makes money. Therefore, Davis was motivated to earn money for himself at the expense of the investors.

Davis ripped off these investors and took advantage of them several times, giving the firm indications that it should investigate. He made recommendations that were unsuitable to the investors when he had the couple sign an option agreement, despite their lack of trading experience. Furthermore, he made several transactions in the account that were not in the investors’ best interest, causing them to lose money.

OneAmerica failed to detect Davis’ misconduct due to its inadequate supervision policies. Davis’ supervisor was responsible for monitoring new accounts as well as the transactions financial advisors made. However, he had no experience trading options or supervising financial advisors who traded options. Therefore, when Davis recommended the couple open an option contract, his supervisor had no experience regulating it.

Davis was responsible for another investor’s account (“investor 1”). Investor 1 opened a brokerage account and deposited $50,000. Once again, Davis engaged in churning and was making quick trades. After one year, Davis brought the account balance from $50,000 down to $189.40. He then forged the signature of a different investor (“investor 2”) to transfer $51,800 from investor 2’s account into investor 1’s account. Davis also forged investor 2’s signature so that he could prevent investor 2 from receiving notice of the transaction. This was done by sending the notice to a fake email address.

OneAmerica’s lack of supervision allowed Davis to swindle investors out of their money. Davis made recommendations that were detrimental to investors, forged signatures to make unauthorized transfers, and churned their accounts. All of this was done deceptively so that investors could not protect their accounts, allowing Davis to take advantage of them.

If you are concerned that you have been given poor recommendations regarding your investments, or your financial advisor has made unauthorized transactions in your account, you may have a claim. Contact Investor Defense Law to see if you can recover your losses.