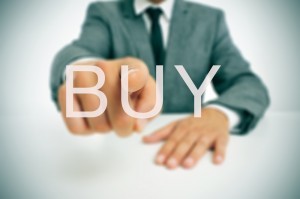 Clients of Vanclef Financial Group might be finding out the hard way that you can lose a lot of money in alternative investments.

The Financial Industry Regulatory Authority (FINRA) recently announced that it had settled a disciplinary proceeding brought against a subsidiary of Vanclef Financial Group, VFG Securities, as well as Jason B. Vanclef for allegedly misleading marketing of alternative investments.

According to FINRA, Mr. Vanclef wrote and self-published a misleading book called, The Wealth Code: How the Rich Stay Rich in Good Times and Bad. Over the years, Mr. Vanclef distributed thousands of copies of his book. This book emphasized two investment products, non-traded Direct Participation Programs (DPPs) and non-traded Real Estate Investment Trusts (REITs). The Wealth Code claimed that these products could generate “consistent” returns of 8-12% while preserving “piece [sic] of mind.”

As FINRA explained in its complaint:

FINRA also alleged that VFG Securities provided misleading documents about these alternative investments to clients that suggested these investments were easier to liquidate than was actually the case.

In essence, FINRA argued that Mr. Vanclef was saying that the risk of losing money in non-traded DPPs and REITs was low when they were actually high-risk, speculative investments.

And it appears that Vanclef Financial Group was selling a lot of these non-traded DPPs and REITs. In some years, sales of these products accounted for over 95% of its commissions. In at least two cases, Vanclef clients had over 90% of their net worth tied up in these speculative, illiquid investments.

Why would a financial advisor recommend that clients invest the vast majority of their portfolios in a handful of illiquid, speculative securities, claiming that they are not risky investments? The answer is depressingly simple: these alternative investments pay financial advisors big commissions of 7% and more.

Consider what this means for investors! It means that, in a $100,000 investment in a non-traded REIT or DPP, 7-10% of the investor’s investment is never invested, but instead used to pay the financial advisor. If these investments are so great, why do they need to pay advisors thousands of dollars to sell them? And then make it difficult to redeem them?

If this is the Vanclef Financial Group’s business model, it might not be surprising to learn that Mr. Vanclef has settled over six investor claims. To be fair to Mr. Vanclef, it is not clear how many of these claims had merit.

What FINRA alleges happened at Vanclef Financial Group (and which Mr. Vanclef is legally prohibited from denying) occurs all too often in the world of alternative investing.