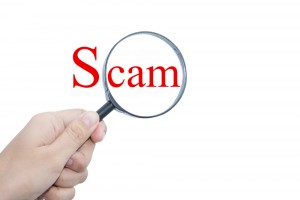 Many investors in VGTel are learning that the man who they met as Ted Wise is not who he claimed to be, and that their investments in VGTel, Inc. may be worthless.

According to the Federal Bureau of Investigation (FBI) and U.S. Securities and Exchange Commission (SEC), it appears that VGTel was a classic penny stock pump-and-dump scheme orchestrated by Edward Durante. Mr. Durante has a laundry list of aliases:

Mr. Durante actually planned the VGTel investment scam from his jail cell, serving a sentence from 2003-2009 for securities fraud and other violations of criminal law stemming from his running of an investment scam that took investors for over $30 million.

According to the FBI, Mr. Durante’s VGTel scam and related fraud harmed over 100 investors and caused at least $14 million in new losses.

Mr. Durante has been extradited from Germany, and is currently in prison awaiting trial, where he has pled “not guilty”.

The FBI and SEC allege that Mr. Durante ran an investment scam that has all of the characteristics of a classic penny stock pump-and-dump scheme.

According to the FBI and SEC, Mr. Durante committed investment fraud as follows:

·         VGTel was a shell company. Although registered with the SEC, it had no business operations and, consequently, no real value. VGTel was a “penny stock” company that trades on the “pink sheets.” This means that VGTel’s shares generally sold for less than a dollar and were not listed on any exchange, meaning there is less oversight in the sale of their shares. Trading in penny stocks is extremely risky.

·         Upon his release, Mr. Durante began to reach out to investors and financial advisors from offices in Manhattan, usually under the alias “Ted Wise,” making false statements about how VGTel was poised for growth and that investments in VGTel would be profitable. Mr. Durante also offered undisclosed kickbacks to financial advisors who recommended VGTel to their clients.

·         To push VGTel’s share price even higher, Mr. Durante orchestrated “matched trading” in VGTel. Matched trading occurs when the seller and buyer of a stock know each other and agree on a time and price to enter buy and sell orders that match. Computers that keep track of public trading in a security will raise the price for its shares when they see trading in a security for higher and higher prices, but the trades are really between people who know each other and are trying to manipulate the stock price.

·         After taking his profits, Mr. Durante stopped touting VGTel and stopped artificially inflating the price of VGTel with matched trading. VGTel’s shares tanked. This is the “dump” part of a pump-and-dump scheme. Shares that once traded for $1-2 per share are now worth less than half a penny. Investors who thought they were buying shares in the next big thing now hold stock that is basically worthless.

Is there any hope for investors who lost money in VGTel?

While achieving a fully recovery of investment losses in penny stock pump-and-dump schemes is extremely rare, there are steps an investor can take to maximize their chances for recovering investment losses.

First, investors can submit claims for their losses to the SEC and FBI. In investment fraud cases, securities regulators and law enforcement agencies sometimes recover money and establish restitution funds for investors. Investors who can document their investment losses can get their fair share of these funds.

Second, investors may be able to recover some or all of their investment losses from parties who share liability for their losses with Mr. Durante. In this case, for example, it appears that Mr. Durante coopted other financial advisors to sell shares of VGTel. Those financial advisors may have failed to conduct adequate due diligence on VGTel before recommending it, which could support separate claims against those financial advisors and their employers. These claims can significantly reduce investors’ losses.

For a VGTEL update which includes financial advisors and investment firms that helped Mr. Durante, click here. Some of his co-conspirators include Ms. Khan of San Diego, Mr. Werbel of Ohio, and Mr. Cervino of New Jersey